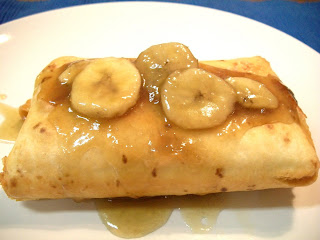 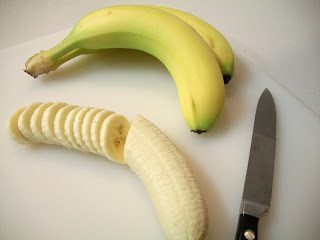 In a large skillet over medium heat, saute bananas and brown sugar in butter until sugar is dissolved.  Reduce heat; stir in vanilla and cook for 1 minute. 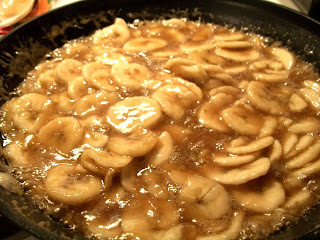 Divide banana mixture between the tortillas. 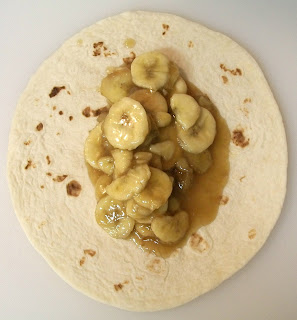 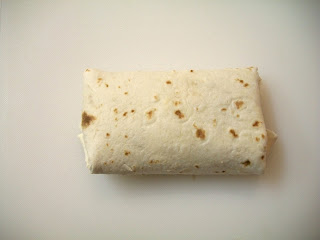 In a large skillet, heat 1 inch of vegetable oil over high heat.
Place chimichangas seam down in skillet. 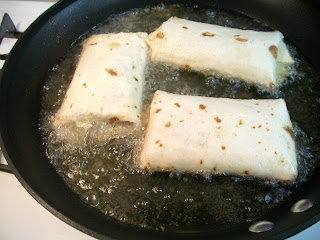 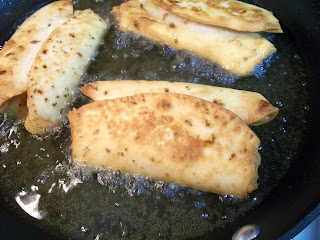 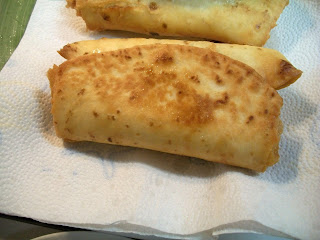 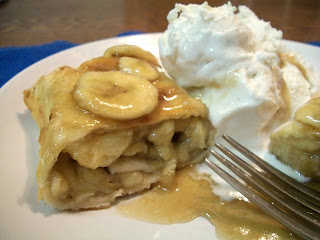 This recipe is from the first cookbook I wrote called, MILD TO WILD MEXICAN COOKBOOK. 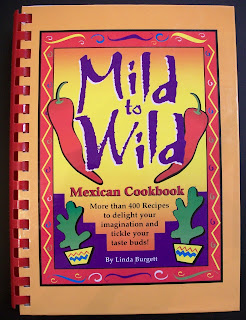 It is also the first recipe I cooked in front of a live audience.  It was at a woman's conference in Oklahoma.  I was really nervous before it was my time to go on stage.  They had lots of experienced people doing cooking demos, and I was the only new one.

The stage was beautiful, with top of the line appliances.  The crowd filled all available seats and people were standing at the back.  I walked out onto the stage, trying to act like I did this all the time.  It started off really well; they seemed to like the stories I was telling and they were intrigued by the recipe.

The bananas, brown sugar, and butter were cooking away and it was time for me to add the vanilla.  I gave the banana mixture a good stir, then left the spoon in the pan and reached for the vanilla.  The spoon had a heavy handle and as I lifted my hand from it, it flipped out of the pan and landed on the floor.  The audience let out a loud gasp.  I looked at them and wondered how I was going to recover from this mistake.  I laughed and told them a story about my mom putting me in dance class hoping it would make me less klutzy.

A lady and her daughter laughed really hard when I told that story.  It was a funny story, but not that funny.  After the demo was over, the mom came up to me and explained that her daughter was in dance class and wanted to quit.  She wouldn't let her because she was hoping it would make her graceful.  The mom said she would now let her daughter quit, because it obviously didn't work for me.  Her daughter thanked me several times. 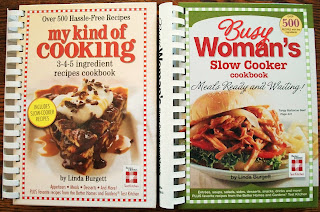 
You will love Bo and his blog,  Bo's Bowl.  Not only does he host great giveaways,  his recipes are incredible!  One visit to his blog and you will see why I faithfully
follow it.


Also visit my friend Pam's blog, Pam's Midwest Kitchen Korner,  for more great recipes!  Once you read her blog, she will be your friend too!
Posted by Unknown at 2:00 AM